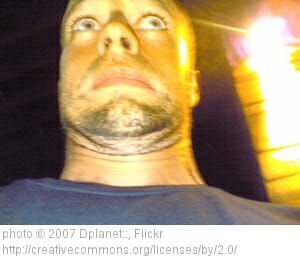 While I didn’t follow the weeks of the George Zimmerman trial, at the end when the jury was getting ready for their deliberations, I did tune in.

For the jurists is was really a no win situation to find justice for Trayvon Martin. It’s just not about being black and being white in America.

Regardless of what you think of either the cause of the tragedy, or the outcome of the jury decision, think about this:

How do you know what you will do or say in a future situation under stress or worst, duress? Can you really say, “If that ever happens to me I would…”

Policemen know how to act under stress and duress. Well of course and they are trained specifically and for a long time for different situations. How many times have you been in a situation like this? Someone criticizes you on some aspect of your work or something you said.  You say something back and it doesn’t either resolve the situation or the way you feel. A day later or even longer, you say to yourself, “I wish I had said this…” Instead of, if that ever happens to me I would say this and that, it’s really, if that very same thing happens to me I would say this because I just had time to think about it.

No two people have the same background. Research shows that even twins who grow up in the same environment don’t have the same outcome in life. We each have different attitudes, thought and beliefs. Since are experiences are different, decisions we make are going to be different.

Under stress, the brain ignores negative consequences. When I have time to think things through, weigh the pros and cons, check in with people who I often go to for advice, my decisions are generally sound because – in the process I’m learning both about the upside and downside. But under stress we’re less able to either control our urges or know our decision has considered all the options.

People often make the wrong decision. Dan Gilbert talks about this at length in his TED Talk, Why We Make Bad Decisions. We face many decisions every day. Many, if not most, we have time to think things through to make the best decision we can. We all want a happy outcome. But sometimes, and quite often under pressure, our head just cannot stop spinning. And, we make a mistake.

People quite often don’t remember what they said or did. There are several health issues I’ve overcome. When you get a major diagnosis from a physician, if it’s traumatic enough, you likely don’t remember your very next thought or action. For me, what I do often remember in those instances is the action I took over the long term.

There’s a Biblical Proverb that concisely sums it up, Proverb 27:1, “Do not boast about tomorrow, for you do not know what a day may bring.” <= Tweet this.

What do you think about coming down on one side or another of such a high profile media covered case of something that very likely, happens quite often, across the world?

Can you say with absolute certainty, “If that ever happens to me I would…”?