In working to email inbox zero (I am so excited to be working on this habit) one of my intentions is for me to get only the best blog posts. That would mean sharing with you the more highly valuable.

Here is what has come across since I’ve been back from my Europe travels. And yes, I have a blog post simmering for part of those experiences.

‘Alone time’ is really good for you

(CNN) — Americans have a complicated relationship with alone time. Though we often feel a constant connection because of social media, the fact is, we’re more on our own than ever: More than 50 percent of American adults are single, and some 27 million people live alone. In 1950, just 22 percent of American adults were single, and 4 million lived alone. Combine that with people getting married later in life, and we’re all just having more QT with ourselves.

Alone time, of course, is different than loneliness, which carries some health risks, including increased risk of heart disease and depression. But carving out some “me time,” on the other hand, is a pretty awesome idea. Read more about it…

INTROVERTS, ARE YOU STUCK IN A LONELINESS LOOP? 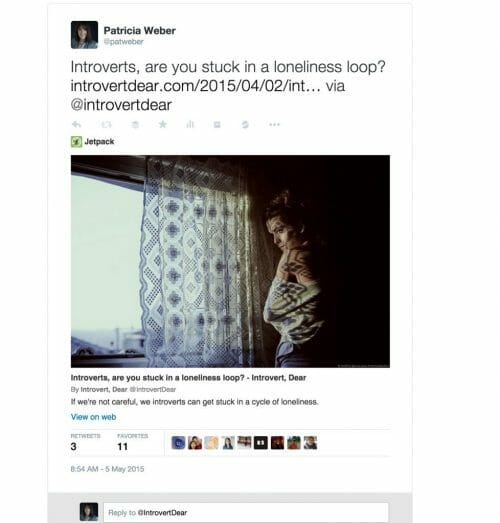 Loneliness is a horrible, empty feeling that gnaws at your gut.

Ironically, you can be surrounded by other people and still feel lonely. That’s because loneliness is actually a state of mind, not the state of being alone.

What makes us feel lonely isn’t the fact that there are no people around, but that we can’t connect with those people in the intimate, emotional way that we crave.

* NOTE: This is an older post via a current coming through my blog alerts. Because it was favorited more than ten times, the message must resonate. Continue reading here…

Every year, thousands of Googlers take one of a dozen company courses on mindfulness meditation, the increasingly prevalent practice of having a “balanced awareness” of what’s happening around you.

The most popular class — titled “Search Inside Yourself” — regularly has a wait list stretching six months.

“I know this sounds melodramatic,” a Google employee reported on an after-course examination, “but I really think this course changed my life.”

Read more and uplift your search…

* NOTE: This one from Seth Godin:

…are rarely websites that convert as well as unpretty ones.

If the goal of your site is to position you, tell a story, establish your good taste and make it clear what sort of organization you are, then pretty might be the way to go. And you can measure the effectiveness of the site by how it impresses those you seek to impress, by its long-term impact.

But it’s a mistake to also expect your pretty website to generate cash, to have the maximum percentage of clicks, to have the most efficient possible funnel of attention to action.

There’s always been a conflict between the long-term benefits of beauty in commerce (in architecture, in advertising, in transactions) and the short-term brutality of measurement and direct response.

Read to see do you agree it likely applies to blogs?

Google+ Takes on Pinterest With Collections, a New Sharing Feature 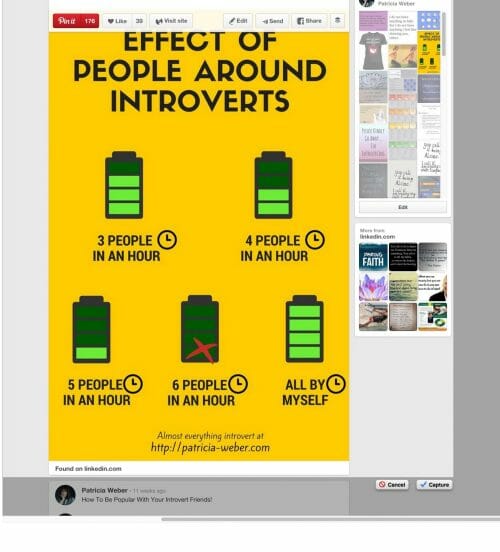 Google+ is having a bit of an identity crisis while its Mountain View owner works out exactly what it wants to do with it. Until recently, the most significant news about the struggling social network was that its excellent Photos component was going to get spun out into a standalone project. It turns out Google+ now has a new sharing feature called Collections, and it looks a lot like Pinterest.

First uncovered by DroidLife tipster, the new Collections feature, described as “part Pinterest, part blogging,” enables users to create groups of photos, videos, and links and then share them with other people in their Circles.

Read more about what made me start looking at my Pinterest posts shared most… and this infographic is one of them with 176 shares.

Okay, this is a bonus post making it 6 top posts, which came it that I know we all want to know about. At least we know it’s important, right? I for one can do much better in this particular part of blogging and web presence.

What Makes An Image Go Viral?

Well, that’s a question we spend a lot of time thinking about here. Because, as you know, we see images as more than just padding on a news feed:

We see them as a powerful way to connect.

And one of the best ways to connect with new people? Social shares.

But knowing how to create a shareable image, one that can go viral, for your niche is a lot easier said than done. Or, at least it was. Until now.

In this article I’m going to show you the five parts that make up shareable images, and how you can apply them to your own images today.

How do you find the most valuable blog posts for your work or niche?